Andrea Fry was born in Dallas, raised mainly in New York City and the Catskill Mountains, and educated at Union College and Columbia University. She published her first collection of poems, The Bottle Diggers, in May 2017 (Turning Point Press). Her second collection Poisons & Antidotes (Deerbrook Editions) follows in 2021. She has been nominated twice for a Pushcart Prize. She was a finalist in Georgia College’s Arts & Letters Prize contest, a semi-finalist in the Gulf Coast Prize in Poetry, and a semi-finalist in River Styx International Poetry Contest. Her poems have appeared in journals such as Alaska Quarterly Review, Annals of Internal Medicine, Ars Medica, Barrow Street, Chiron Review, Cimarron Review, The Comstock Review, Graham House Review, The Lake, Plainsongs, Reed Magazine, Spoon River Poetry Review, Stanford Literary Review, St. Petersburg Review, Writers Resist, and the chapbook Still Against War, Poems for Marie Ponsot.

Andrea is also an oncology nurse practitioner at Memorial Sloan Kettering Cancer Center. She lives in Manhattan with her husband and two comical felines.

I was born in Dallas but, according to my mother, I was only ten days old when my parents got me and my older brother back onto the train bound for Maryland. There my father who was in the Army Reserves was stationed at Edgewood Arsenal. At the age of seven, my parents’ marriage ended, and I was raised mainly by my mother, a painter and musician, first in New York City and then in the Catskill Mountains. That’s where my mother moved me and my two brothers in search of space to make large paintings.

I went to Union College to study English literature and graduated in 1981, just in time for one of our nation’s most severe recessions. The day I graduated, my father gave me a stern warning about how I needed to be immediately and continually financially independent, a message I took to heart for the rest of my life. With my only expectation being to earn a paycheck, I began my career as a clerk in the Smithsonian Satellite Laser Tracking Observatory in Cambridge, MA. From there I would go on to work for two more decades in textbook publishing, technical writing and many positions in information technology marketing and public relations. 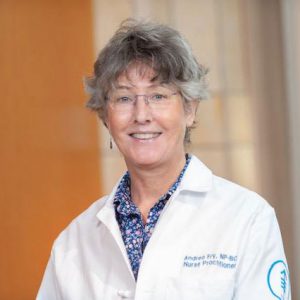 By the turn of 2000, I had become disillusioned by the effect the dot com bubble had on businesses with its crazy-high valuations that stoked rampant greed among IT executives and stockholders. I vowed that if I only made rehydration formula for infants with diarrhea in Africa, I would be contributing something far more important than what I had been doing. At the age of forty, I began my training at Columbia University School of Nursing to become a Registered Nurse, and later, devastated by my parents’ deaths to cancer, became an oncology nurse practitioner in 2008.  I focus on breast cancer at Memorial Sloan Kettering Cancer Center today.

I’ve been writing poetry since I was in elementary school and have continued throughout my life, some periods more prolific than others, depending on the demands of my job, motherhood or both. I learned very early on how to steal time wherever I could amid the demands of daily life. 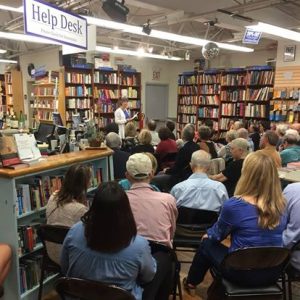 I started to publish individual poems in my late twenties. I finally published my first collection of poems, The Bottle Diggers, in May 2017 (Turning Point Press). My second collection Poisons & Antidotes (Deerbrook Editions) follows in 2021. I have been nominated twice for a Pushcart Prize, the first time for my poem “Murder,” a poem about the murder of a friend which was published by J Journal, and the second time for “Heavenly Angel Food Cake” published by Chiron Review. I was a finalist in Georgia College’s Arts & Letters Prize contest, a semi-finalist in the Gulf Coast Prize in Poetry, and a semi-finalist in River Styx International Poetry Contest. My poems have appeared in Alaska Quarterly Review, Annals of Internal Medicine, Ars Medica, Barrow Street, Chiron Review, Cimarron Review, The Comstock Review, Graham House Review, The Lake, Plainsongs, Reed Magazine, Spoon River Poetry Review, Stanford Literary Review, St. Petersburg Review, Writers Resist, and the chapbook Still Against War, Poems for Marie Ponsot.

What About My Poetry? 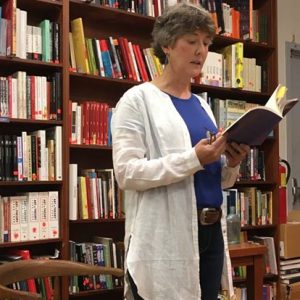 Though unfashionable and almost taboo, I’ll say it: I like writing and reading accessible poetry. My route has not been through an MFA program—not that I disparage this path and not that I wouldn’t have liked that experience—but because, honestly, getting and keeping jobs seemed to monopolize all of my effort. And, my work life has always been connected to my writing, because my various jobs and life experiences have always been the fount of what I write about.

I respond to all readers of poetry, but I particularly relate to the person who may have been a bit intimidated by poetry in the past because it seemed too cerebral or abstract—like those who might say “I never ‘got’ poetry and so I never read it.” I like to write for this kind of reader because sometimes through my poems, they discover something new about themselves—that maybe poetry can in fact speak to them. I like making poems that are informed from real life, and I also like making the imagination an interesting and compelling place for people who might not be so inclined to go there, or who haven’t yet found their comfort level with it. My poem, “The Gnarled and Fantastic,” speaks to this.